Before I began writing this article, the only things I knew about football across the pond involved David Beckham (“Bend It Like Beckham” is a classic) and the Tottenham Hotspurs (solely due to this video I stumbled across and proceeded to watch five times in a row). I now have a massive crush on Jonathan Miles, the cute blonde one.

In case I ever meet this FIT goalkeeper (a girl can dream, right?), I should become a little more acquainted with the subject of “football.” So, I decided to do a little research.

I began with the issue of lingo. As someone who continued to use the word “romp” whilst spending time in England (without realizing it has a COMPLETELY different meaning overseas), this was my first priority.

BBC News helped me out with this part.

Now I’ll be able to use the correct terminology whenever I meet my Tottenham hottie. 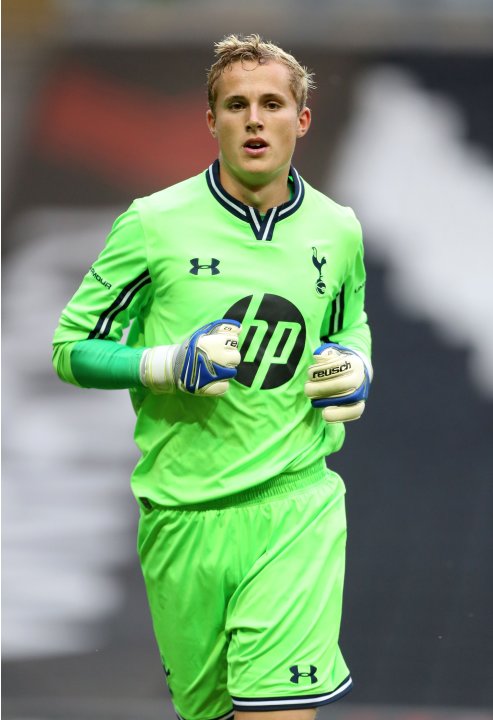 Besides the obvious vocabulary, something else about English football stands out to me. Although I only spent three short months in Southwest England, it was very apparent that English football fans take the sport very seriously. Their dedication and support to certain football teams rival, if not surpass, the dedication and support of die-hard Patriots or Cowboys fans in the United States. Football fans are committed, and at times, a little TOO enthusiastic about their favorite teams.

Speaking of teams, our mother country (plus Wales) boasts 20 teams, or “clubs,” in the Premier League (a.k.a the NFL of non-American football) alone. Even the most unknowledgeable American has probably heard of Manchester United, Chelsea, or Arsenal. Week three of the Premier League just ended, and at the moment, Liverpool is currently leading the pack with 3 wins and 9 goals. Impressed yet, Jon?

Moving right along: I thought I’d become familiar with the names of a few of the most well-known players (ever) in the Premier League. Thanks to the Bleacher Report, I now know that Alan Shearer, Thierry Henry, Ryan Giggs, Michael Owen, and Paul Scholes are the top five “greatest footballers in Premier League history.” And David Beckham rolls in at No. 18 on the list.

Feel free to teach me anything else or correct me if my research was not sufficient. I’d be glad to know more about the sport before the next round of Premier League games on Saturday, September 14. Cheers!

Movie Syllabus: Back to School Lessons from the Big Screen

4 Places You Must Visit in London

Lessons Learnt Growing Up On A British Council Estate

How A Trip Abroad Taught Me To Give A Damn Again