Ah, it’s a Friday morning and the weekend is just full of potential for all the horrifically socially awkward moments ahead. Maybe you’ll get caught having a pantsless-pizza weekend by the hottie down the hall, perhaps you’ll be the one to make a “That’s what she said joke” during a work function… the possibilities are as endless as the awkwardness of the staff of Literally, Darling. So to let you know that you’re not alone in your inability to function normally in society, we’re bringing you “Awkward Confessions.”

(And yes, that is a picture of a cat, because let’s be honest, nobody is as naturally awkward as a cats nor does a better job pretending they didn’t just fall off shelf while sitting perfectly still. The cat pictured above used to purr so hard she’d burp.)

In high school I never shaved past two inches above my knees because that’s where my uniform skirt stopped. Still don’t go any higher to this day. I didn’t start shaving my legs until December of eighth grade because I thought that if I didn’t shave then I wouldn’t get my period. But then Aunt Flo came to call and I cracked out the razor to finally get rid of that shit. 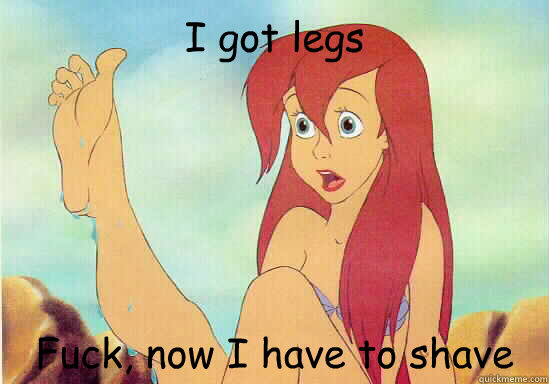 When I was old enough to know better, I asked a party full of parents, grandparents, and assorted conservative grownups what “CltDidlr” meant because I saw it on a license plate.

I like fanfiction more than most newly published books designed for women.

I filled condoms full of lotion and left them in my college roommate’s bed in a prank war… and didn’t tell her it was lotion.

Some time ago now, I was convinced that I didn’t have a clitoris and would fail as a sexual female. Luckily after much googling and utilizing a mirror I found it.

My ex was really small in the, um, area and I never told him that yes, size does matter, until he broke my heart. I forgot that the maintenance guys in my apartment complex were going to come over to put a smoke alarm in my room, so I KNOW they saw the bras hanging from all doorknobs and my giant 1000+-pages sex book, “The Guide to Getting On,” sitting by my bed. Lord only knows what they think of me now.

I once hooked up with a murderer. I obviously didn’t know that at the time, but the experience just reaffirmed my belief never to date someone who wears skele-toes. I was informed, by one of the girls that I shared a hotel room with on a school trip this past week, that I screamed in my sleep and it scared the bejeebers out of her. Luckily there was no promiscuous muttering going on or else I would have been up a creek without even a severed stump to paddle with.

I just CAN’T have my volume of my car radio on an odd number. I once tried when a friend was in the car with me and it just led to me anxiously babbling. So NOPE.

One of my good guy friends (seriously, only a friend) informed me that last night he had a dream that the two of us were making out, and perhaps more. I really can’t help it that his dream self wants to jump my bones.

I have a Twitter friend that I also sometimes chat with on DM or gchat but I’ve become so annoyed by her that I have resorted to completely ignoring her. I feel like a terrible person but that ain’t stopping me.

When you fairly regularly sext with someone, for a time period, on a certain messaging platform and it gets to the point where you get turned on just hearing the notification sound that that platform makes. Pavlov’s dogs anyone?

What are your awkward confessions? Tweet us @litdarling #awk

The Stigma of Being Fat & “My Mad Fat Diary”

I’m Done Being “The Other Woman”

Why Talking About Sex in a Relationship is Crucial

The Dummies’ Guide to Sensual Gifts

The Perfect Romantic Gifts for Your Love