Literally, Darling » Blog » career » An Application To The Real World

We sincerely thank you for your interest in our corporation, the email began. However due to the high number of applicants this year… I didn’t have to finish the rest of the email to know what they were getting at. In fact, I had become accustomed to seeing the word “however” in the place where “Congratulations!” should be. This displacement, I discovered, told you in one simple word that you have just been rejected.

Now I’ve been a competitive person for most of my life and I am not ashamed to admit that I am, indeed, a Type-A, overachieving, benevolent dictator in many (read: all) situations. I set a goal and I execute. Failure is not an option. Do or Die. Sink or Swim. In short, I like being in control and I like having a plan. That all changed about a month ago when I started applying for summer jobs. For the first time in my life I found myself in a position where I had no secure summer employment—a frightening prospect to say the least. During the summer of my first two years in college I was very fortunate to have a secured position to return to during my three months off from school. Now, however, with my fourth year in college approaching at an alarmingly fast speed and the ever-looming threat of my entrance into the “Real World,” I have been told that I need to “get serious.” At least, that’s what my professors, advisers, relatives, and friends keep telling me. “You need to start seriously thinking about your future, Maureen!” Okay, I get it. No need to tell me twice.

Of course, I can see it: the fear in their eyes. They think I don’t see it, but when you’re studying history, English literature, and art history (otherwise known as the Humanities Trifecta) and you have no idea what you want to do in this so-called “Real World,” people tend to look at you like you’ve just told them that you plan on jumping into the ocean without a flotation device even though you don’t know how to swim. But it’s not just fear in their eyes—no, it’s pure panic. How will she make a good enough living? Why couldn’t she have loved engineering? Why not pursue an education degree to go along with that English one? At least it would ensure a secure job! I see it every day and, beyond this, I do hear (and, more importantly, I listen) to what people tell me, to the advice they want to give me. I get it—really, I do—and I appreciate their concern. People are concerned because, well, I’m twenty years old, and they want me to succeed, to not struggle, and to find happiness. But news flash: I’m 20 and I certainly don’t have everything figured out just yet.

The other day I confided in a friend that I was considering the possibility of going to graduate school for English. It was just an idea that I had been toying around with and when I told my friend this, I had been hoping for words of encouragement. (Like those motivational posters you see with that guy who’s standing on top of a mountain, fists raised in victorious “V” with the subtitle: “Dream Big: You Have Nowhere to Go but Up!”) Instead I was met with a list of reasons why my idea was ridiculous and why it was not a “lucrative” option. My friend’s reasons were entirely valid and were not intentionally spoken with any kind of animosity, but it shocked me nevertheless. I felt somewhat unsettled afterwards—wasn’t this the time when we were supposed to suggest crazy, “non-lucrative” plans for the future? Have I been doing things wrong for, well, ever? After thinking about this all day, here is what I found so unsettling: When you’re a little kid, people tell you that you can be anything you want to be in this world. You want to be an astronaut? Great! A surgeon? Super! A dancer? You go, happy feet! It’s all fine and dandy and people pat you on the back and give you a gold star at the end of the day and tell you that all of your dreams can, and will, come true.

When you’re in high school, people tell you that you can be anything…within reason. You want to be an astronaut! That’s great—but what universities are you applying to? A surgeon? How admirable! But, you know, you should really try to volunteer at the Red Cross or something. A dancer? Well…good luck with that! People admire your dreams, they applaud your ambition. Then they stick a diploma in your hand and send you off to beer pong and late nights—I mean, books and libraries—to study, to find a passion, to find a career.

When you’re getting ready to graduate college, people analyze your every move. You can be anything you want to be as long as it pertains to your major, as long as you have your grad school applications ready, as long as you have a plan. You want to be an astronaut? Does that field have a good job market? A surgeon? Good luck getting into a top medical school! A dancer? Well, do you have any back up plans, sweetie? You know, just in case. There you are, standing at the brink of adulthood, and you realize that your graduation actually yields two gifts: your diploma in one hand accompanied by that giant push into the black and unforgivable abyss that we call the “Real-World.”

Now, I realize these situations don’t apply to everyone; that these fears and concerns may not be applicable to your circumstances. In fact, if you’re in the medical, educational, or engineering fields, chances are you’re doing okay; you at least know what kind of career you’re getting yourself into. The world is lucky to have you; you are the stable anchors in an otherwise tumultuous sea of twenty-somethings like me. Moreover, I have nothing against people who have concrete plans—on the contrary, I truly applaud those that do (and I look at you all while sporting five shades of envy). I am also not at a stage in my life where I have no plan or no concept of the things I love; fundamentally I would say that I know what I want out of my life. However, I am also very aware of the fact that the things I love and the things I want do not necessarily fit into the socially-applauded boxes labelled “Lucrative” and “Ensured Success with Accompanied Dental Plan.”

I know that, at 20, it is easy for me to say these things. I know that, for every one thing I do understand, there are a million other things in the world that I don’t. Perhaps upon graduation I will have a whole new outlook on life and I will search for that flotation device labeled “Dental Plan” with all my might. However, what I do know is that human beings have this horrible tendency of taking “sink or swim” to an entirely unnecessary level. Often the greatest inventions and the greatest people in history have emerged out of a sea of disbelief, of doubt, of panicked and uncertain waves. People didn’t think that the Wright brothers could build a flying machine or that an African American woman named Phillis Wheatley could be a published poet or that Albert Einstein would become a great scientist (I mean, the dude failed his collegiate entrance exam. Props to him for sticking with it). I understand that maybe I am not one of those extraordinary people. I get it— I really, really do. But, truthfully, I have faith that I will not sink. I may not yet know how to swim (metaphorically speaking) but I do know that I don’t need the society-approved “lucrative” floatation device to keep myself afloat in the “Real-World.” When it comes down to “sink or swim,” I’ll be damned if I don’t teach myself to swim. I’ll be damned if I don’t emerge from that sea of disbelief with my hands raised in a victorious “V.” I’ll be damned if I don’t prove that uncertainty in choice does not mean impossibility for success.

What Are the Benefits of Hiring an HR Support?

So. Many people look at me with concern and I thank them for their interest in my future. However, due to the faith that I have in myself, in my dreams, and in my own ambitious personality, I am going to have to reject their skeptical stares in favor of being 20 years old, in living my life, and just figuring it out. And that, I think, deserves one hell of a “Congratulations,” don’t you? 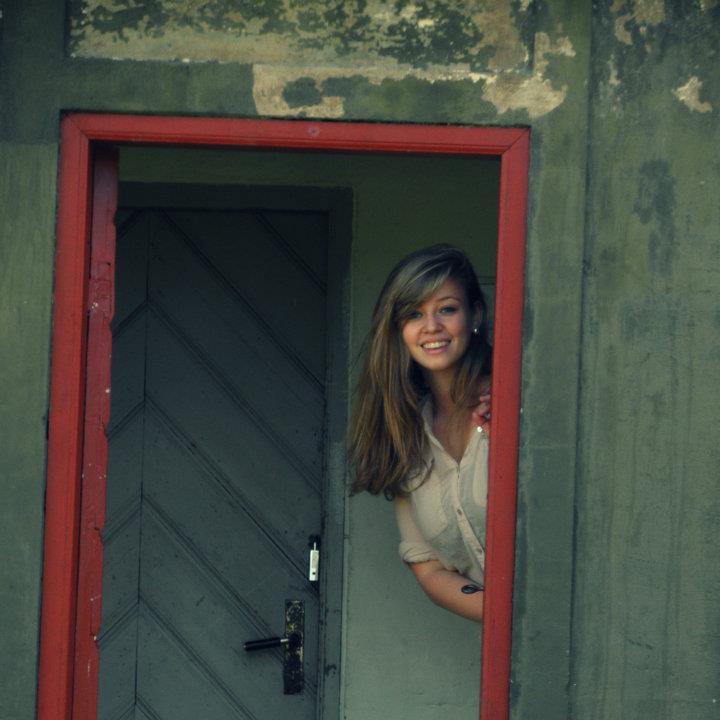 Maureen is a twenty-year-old, sort-of Virginia native (military brat problems) who is studying everything but knows little of her future plans. When she is not ignoring the quickly approaching end of her collegiate career, you can find her going on adventures anywhere from across her street to across the ocean, writing about her adventures, and then drinking tea somewhere while she nostalgically reminiscences.

Paris, The City Of Love

How to Turn Your Career Goals into Reality

How Your Job Can Affect Your Long-Term Health