MAY BOOK CLUB DISCUSSION: “The Fault In Our Stars”

Start young. Very young. Long before you’ve met anyone. Watch children’s movies—particularly the ones where the main character always gets married in the end. Pay attention to the glitz and the glam, the perfect Prince Charming, the Princess’s absurdly tiny waist and perfectly ample bosom. Let that settle into your ever-growing schema as you reenact what you watched with your Barbies, whose waists could rival those princesses any day of the week.

Watch as the women around you fuss over their own wedding. Scan through the wedding magazines as they pile up in your mother’s, your aunt’s, your neighbor’s kitchen. Scan through the “inspiration binders” that accidentally get left behind as the frazzled bride tries to get everything together.

Meet the one you are destined to spend the rest of your life with. Meet your life partner. Meet your soul mate. Or meet someone you wouldn’t mind marrying and figure that you probably should since you’re about that age and you guys have been together for so long anyway. Get engaged. Compare your engagement ring and gorgeous wedding band with every single other ring around you. Feel inadequate when it’s not as big or as pretty. Feel silly for comparing in the first place.

Try on dresses. Hear about the disdain for strapless A-line gowns. Hear about the disdain for cocktail dresses in lieu of wedding gowns. Bite your lip when dresses hug you weird or emphasize all the wrong areas. Pretend that you feel like a princess, even if your waist feels like it is going to explode out of the corset or your chest is a solid foot from the edge of the top of the bodice. Avoid all clichés while still being traditional and make sure to step it up when the nagging voice in the back of your head reminds you that you’re falling short of the Perfect Wedding.

Worry over money. Have people invalidate and worsen the worry by telling you that you’re spending way too much money on “a stupid party.” Hear them rattle off all the things they would be spending that money on instead.

Process a million people’s varying input at the exact same time. Listen as your mother entreaties you to invite the people she wants to invite. Listen as your sister clicks her tongue over the style and layout of your invitations. Be called extravagant by your cousin. Be called stingy by your aunt. Take everything in with a smile, even as the corners of your mouth descend downwards.

Pay attention to the magazines, the Pinterest boards, all the wedding shows on premium cable. Have people think less of you because you do. Decide you aren’t going to pay attention after all, only to catch a wedding magazine out of the corner of your eye at the drugstore, telling you all the ways you can lose weight in time for your wedding.

Are Save the Dates & Wedding Invitations Still Necessary?

Stress out. Be told not to stress out. Be told how juvenile weddings are. Be told that you’re silly for getting so worked up over one. Watch as people nonchalantly shrug their shoulders and talk about how they won’t be falling into the same traps that you are falling into. Be reminded that you’re spending way too much money. Be reminded that you could’ve spent those thousands of dollars on something way more pragmatic. Listen as they swear they won’t be as foolhardy as you.

And, above all else: smile! You are the center of attention, if people haven’t made that abundantly clear, either genuinely or sardonically. This is supposed to be the best day of your life! This is your happy ending with Prince Charming! Nothing to worry about! Everything just needs to be perfect, and you just need to be nonchalant about every possible screw-up or setback, lest you be called a bridezilla or immature. Because it’s just a wedding. No big deal or anything.

Hey, why are you crying? 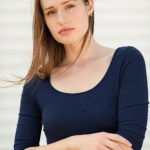 Abby is a writer, a bookworm, a tai chi instructor, and a yoga/running enthusiast. She’s a diehard Bostonian (even though she moved up to New Hampshire a few years ago). She has a degree in English (with a minor in Sociology) from Northeastern University, which makes her the perfect candidate to write essays about people and society. Her favorite pastimes include busting a dance move when doing housework, having philosophical arguments with herself while driving, and refusing to admit that ska is dead. She currently lives with her husband in a small town in the mountains alongside her two cats, her guinea pig, and a whole coop of chickens (and by “whole coop,” she means three).

How To Do The Beach Right

The Art Of Being A Woman In A Male-Dominated Field

How to Plan the Perfect Barn Wedding

Are Save the Dates & Wedding Invitations Still Necessary?

How to Choose Between the Most Popular Trending Wedding Dresses