As I get older, there are often times when I find myself worrying that our elected decision-makers act on the basis of their own agendas rather than with the lives of the people in mind. I worry about the future. I worry about the country that my children will live in and the one that my children’s children will live in. I worry that there are not enough brave Americans who have the courage to stand up to those who act with a flagrant disregard for human rights.

Monday was one of those times.

During my daily ritual of clicking through the major news headlines, one thing was common on all pages. Every site was graced with an image of a stern-faced, petite woman. This woman was Ruth Bader Ginsburg, an Associate Justice on the U.S. Supreme Court since the Clinton Administration.

Ginsburg captured attention Monday after penning a 35-page letter of dissent in response to the Supreme Court’s ruling in Burwell v. Hobby Lobby Stores, which ruled that corporations do not have to cover all forms of contraception in the health care plans that they offer to their employees based on their religious ideals.

Ginsburg grew up in a different time than the one we currently live in. In fact, her journey into adulthood in 1940s Brooklyn did not include conversations around “the pill” or sexual freedom. Those progressions did not come until she was much into adulthood.

For me, and the rest of my millennial peers, conversations regarding methods of birth control are the norm. In high school and college, it was more often assumed that as a female you were on some form of birth control, rather than not being on one.

Women today often find themselves swapping contraception reviews similar to how they swap make-up advice or their thoughts on the new Thai restaurant up the street. With birth control becoming less taboo and more exposed, women and doctors alike have found that its primary use does not need to be solely for the woman who wants to have sex without the risk of pregnancy.

Birth control aids in the ease of menstrual symptoms. Birth control can help with reproductive syndromes and conditions such as cysts. Birth control can heal pesky acne problems, it can regulate periods, and it can assist in balancing irregular hormone levels. There are hundreds, if not thousands, of women who use birth control in no correlation to pregnancy prevention. It has become a solution to a long list of women’s health problems and, on Monday, it took a major hit.

And this is why I worry.

When the Supreme Court decides that an employer has the right to deny coverage of certain medical solutions, certain major and necessary solutions, they essentially take the right of affordable and safe health care away from the individual.

Yes, religious freedom is a beautiful, celebrated, and integral part of America and so are other rights—like the right to make personal, private, medical decisions.

Allowing employers to disregard certain medical needs based on their religious ideals denies their employees the right to healthcare and safety. It strips them of what was promised to them under the Affordable Care Act, or what we all know as “Obamacare.”

According to the Guttmacher Institute, a group that specializes in societal awareness regarding worldwide reproductive health, approximately 62 percent of American women of reproductive age use some form of contraception. The average cost of birth control in the States can be anywhere from $160 to $600 annually.

With the inclusion of contraception in the Affordable Care Act, the cost of birth control dropped exponentially, reliving many women of the burden that they carried when worrying about how to pay for this medical expense.

With affordable and (most often) free contraception, women are given their very own new-found freedom—the freedom to make the conscious decision to protect themselves and take their health into their own hands.

With decisions like the one in the Hobby Lobby case, these rights are not just taken, they are destroyed, and they send a dangerous message—one that tells employed citizens, employed female citizens in this case, that their private medical decisions are now in the hands of their employers.

Ginsburg, then, should be applauded for her bravery and boldness in taking a vociferous stand against this dig at women’s rights. Her dissent is noble, well-written, and incredibly intelligent. Her position and stance give me hope that there are Americans out there, from all genders and generations, who are not afraid to stand up against the so-called majority.

We and the women before us have fought, and continue to fight, an incredibly tough battle to gain the rights that belong to us, we cannot sit back and take defeat. We must continue to stand, with Ginsburg, for what is sensible, logical, and free.

I thank you, Ruth. 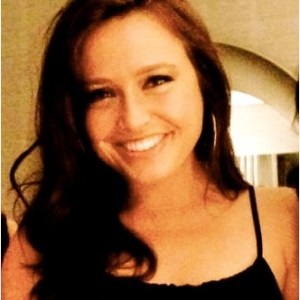 Kathryn Kozak is a graduate of The Pennsylvania State University and currently resides in Washington, D.C. She enjoys spending time with her friends and family but her true passion is writing. Her dreams include becoming a world-renowned writer, having children, and living life to her full potential.

How to Get Ahead of the Upcoming Birth Control Panic