Why I Started My Own Political Action Committee For Millennials

The science of visual storytelling has come further in the last 20-odd years than in the preceding thirty. Since “Jurassic Park,” and especially since “The Lord of the Rings,” exceptionally brilliant art direction, set design, costuming, makeup, and of course computerized visual effects, have become a sine qua non for the kind of make-believe major studios invite us to participate in.

Yet when I sat in the theater waiting for the start of Marvel Studios’ latest offering, and felt the buzz of happy anticipation in my fellow theater-goers, I knew it wasn’t striking visuals or action pieces that had brought them out in such enthusiastic numbers. It was the reputation, the solid reputation, that Marvel Studios has built, of giving us the one thing that visual effects cannot fill in for: real characters, actually funny humor, genuine heart, and a compelling story.

They came to see amazing things, but also to laugh belly laughs and feel feelings. And neither they, nor I, were disappointed.

Peter Quill, alias Star Lord (Chris Pratt, in a role he was born to play), is a lovable rascal, a fumblingly smooth man-child who truly never grew up. He grooves along his life as a ravager (read: bottom-feeder, gangster, general ne’er-do-well) in a planet-hopping neverland, drawing a line somewhere between dangerously genre savvy and too-dumb-to-live. 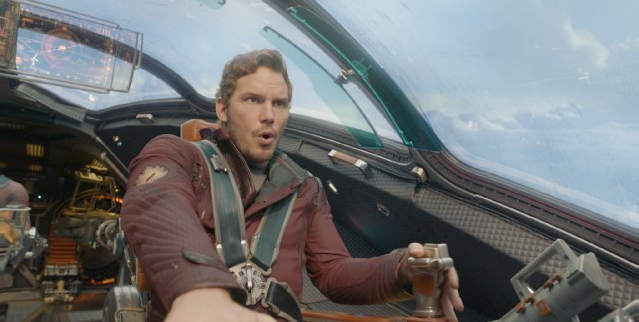 So now Marvel, the most successful superhero company in the movie business, is branching out into space opera. Like many stories before it, “Guardians of the Galaxy” is more of an adventure story set in a fantastic setting than a work of technical, hard science fiction: It’s not about function, it’s about fun. I don’t see this as too far a reach, as of course the two genres share a common origin in the grand comics and pulp fiction of the last century.

Everyone seems to have it in for this guy, including his former boss and murderous comrades, the space police, bounty hunters, walking-weapon warrior women, and renegade death-worshiping tyrants bent on personally carrying out the ethnic cleansing of entire planets at a time. None of this particularly bothers Quill. It’s only when his latest get-rich scheme slides sideways on him, fast, that he has to ask for help from unlikely places, and search his character for the hidden strengths he’ll need to survive.

In fact, in a funny way, a good space opera is like a good superhero movie, but turned inside out. Instead of superheroes and supervillains, extraordinary people struggling against each other in the ordinary world, in space opera we have rather ordinary people, or at least people with ordinary beliefs and motivations, struggling against each other in an extraordinary world. 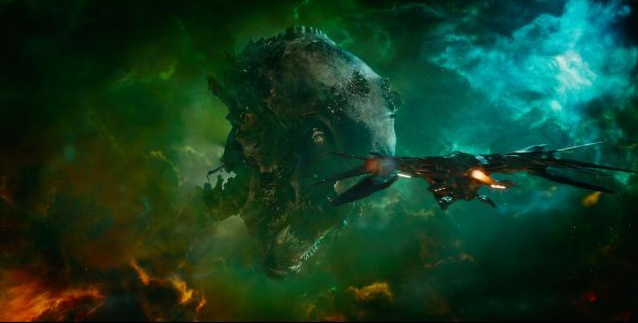 Honestly, the plot of “Guardians of the Galaxy” is nothing new: Everyone is after the MacGuffin of the week (this time it’s not a golden ring or a glowing cube, but a silver orb), and whoever can get hold of it and unlock its secrets will control the fate of every other named character, not to mention countless bystanders. Lots of chases, gunfights, double-crossing ensue everywhere you look. Often the story seems to be an excuse to advance the action from one fight or chase to the next. In either case, the story lives and dies on the strength of the characters, whether we like them, whether we root for them. Here, as in other successful grand dramatic tales flung into the cosmos, the larger-than-life challenges, celestial rewards and/or penalties, and overall impossible odds of the plot really just serve as another layer of setting for the real story: whether or not the characters grow, whether they can overcome their own weaknesses, and whether they’ll wind up working together, or drifting apart.

But the trick here is to treat this blockbuster, fate-of-all-worlds, MacGuffin-of-MacGuffins plot merely as a sort of meta-setting, where the real story can take place: Will or won’t these angry, misfitted, injured people figure out how to draw strength from each other in time to save themselves? They have to save themselves, not from injury or the world’s destruction, but from the self-destruction of a life spent alone, without anyone there to care if they win big or not, survive or not.  Oh, and they have to save the world, too. Also. Right.

Commentary on the second-class merits of special effects aside, this film boasts some of the better space-opera visuals and design I’ve seen. More than a few times I said to myself, “Oh this is a pretty and very well-put together sequence, I hope it continues for a while,” and more than a few times the sequence went on and on. With sheer inner-child glee, I just sit and think back on the design of the principle spaceship, and how it is quite possibly the best-looking piece of star jumping hardware I’ve seen this side of a galaxy far, far away. 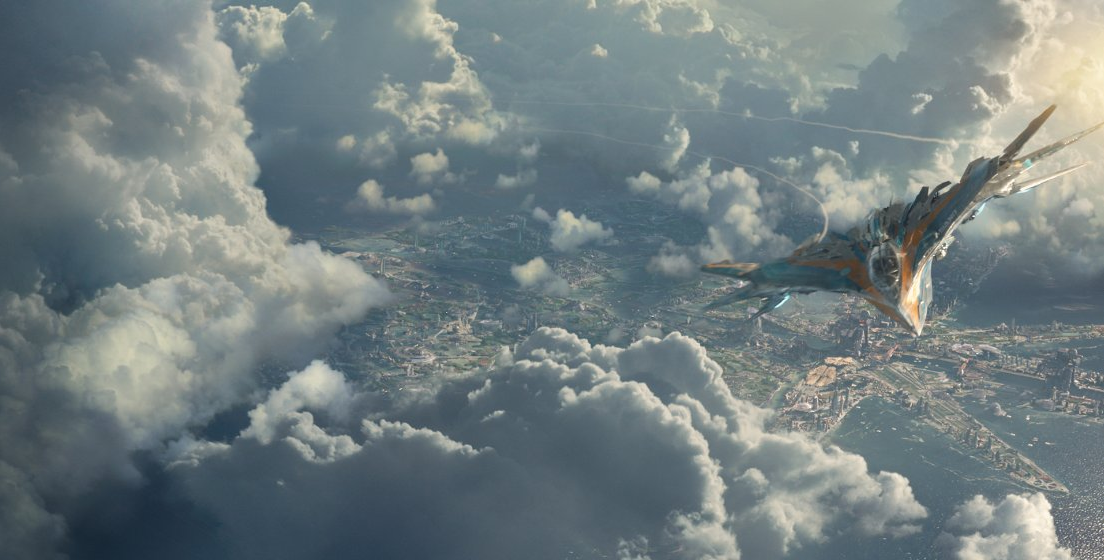 Anyone who’s seen the trailers knows that two of the major characters are a talking raccoon (Rocket) and a walking tree (Groot). When you play with creative stakes like these, betting so much on the far-out and often finicky art of CGI characterization can end very badly when no emotion or character actually come through. The ever-spry Bradley Cooper and the inimitable Vin Diesel (yes, Vin Diesel) of course deliver the lion’s share of the work in bringing these two to life, but I really am more than a little surprised to find myself typing the following words, and mean them in a good way: The talking raccoon did some of the best acting I saw in the picture.

(By the way, if you’re unfamiliar with Vin Diesel’s voice acting work, go to the movie store, pick up a copy of “The Iron Giant.” You can thank me later.) 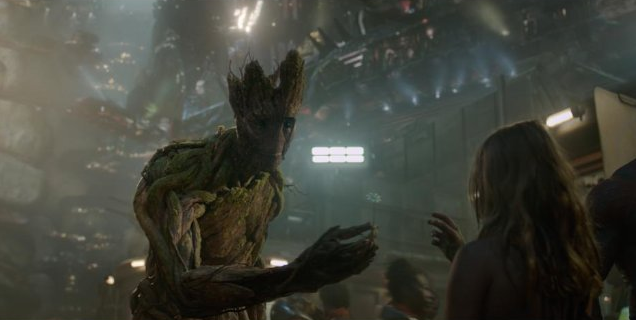 Zoe Saldana gets us to sympathize with Gamora (emphasis on the second syllable, please), the aforementioned warrior woman and token green space babe, instead of just evoking the usual emotions green space babes are meant to evoke. Michael Rooker (of one-handed “Walking Dead” fame) is as lovable and capable a scumbag as ever. John C. Reily, Benicio del Toro, Djimon Hounsou and Glenn Close fill out the bit parts, hitting more or less the right notes. And pro-wrestling star Dave Batista is surprisingly excellent as Drax the Destroyer, and goes a long way towards stealing the movie as the preposterously resolute straight man.

The film of course is not without its setbacks. A couple of times the action seems to slip out ahead of the motivation, characters making large and desperate leaps and responding to plot developments in a way that sort of makes sense, but seems jarringly disproportionate to the situation. It’s difficult to describe without giving things away, suffice to say occasionally I was saying, “Wait, what’s happening, why?” instead of following along with both my eyes and my interest together.

And Lee Pace, capable of delivering intoxicatingly nuanced and self-possessed performances, is a little under-utilized. Although he, as embodiment-of-evil warlord Ronan, and Karen Gillan, as the practical non-character Nebula, take their roles as far as they can, and are adequate for the story’s needs, in the end they amount to little more than glaring moody eyes and shouting, or icily level speech, as needed scene by scene.

But the film has one strength that goes a long way towards overcoming these issues: Despite the dramatic stakes and hammy villainous evil, it does not take itself too seriously. It knows how to poke fun at both itself and other films (notably managing to satirize both a well-loved scene from “The Avengers“ and the conspicuous failing of the most recent D.C. film).

What else can be said, apart from go see the movie for yourself? 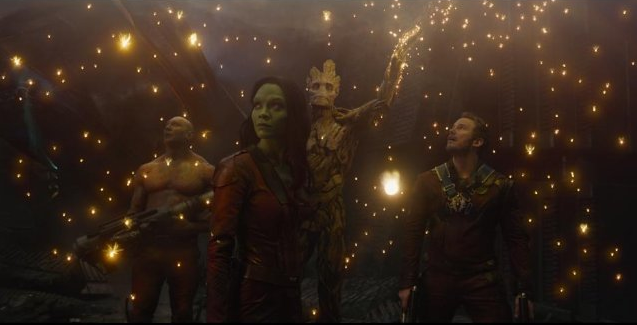 In a fairly slow summer season, this may be exactly the movie you’ve been waiting for. It delivers the thrills to make you want to grab your seat, the imagery to make you want to climb through the screen, and the unimposing sentiment that makes you feel like you’ve made friends with its characters, become part of the group.

This article was also posted on This Problem is Unsolvable.

8 Reasons You Have To Watch “Gilmore Girls”