On May 22, Lifetime officially announced that they were working on a film about the iconic singer, Whitney Houston. According to Lifetime’s press release, “’Whitney Houston’ chronicles the headline-making relationship between the iconic singer, actress, producer and model, and singer-songwriter Bobby Brown—from the time they first met at the very height of their celebrity, to their courtship and tumultuous marriage.” Angela Bassett, who was a former co-star with Whitney in “Waiting to Exhale,” will be directing the movie, set to premiere in 2015.

As a huge Whitney fan, I was so excited when I first heard about Lifetime’s Whitney Houston biopic. I’d heard by word of mouth that Lifetime would be doing a TV-film about the singer, so I immediately assumed that it would be a detailed story of Whitney’s rise to fame, starting from the time when she began to sing as a child. But then when I got home and did my research, I thought: Wait… this isn’t really a biopic about Whitney. Since Lifetime is actually focusing on Whitney’s relationship with her ex-husband, they might as well have called it “The Tragic Love Story of Whitney and Bobby Brown.”

A part of me can understand why they would take this angle, because Whitney’s transformation during her time with Bobby would make for the perfect women’s drama. But here’s the problem: By airing Whitney and Bobby’s dirty laundry, Lifetime is actually neglecting to celebrate Whitney’s influence and success. They are choosing to showcase an abusive relationship that drained Whitney of her dignity, and it was clearly one of the most stressful periods of her life. People even coined phrases and terms that equated her marriage to Bobby as the period of her decline, or the time when her career got “off-track.” So I can’t help but wonder: Is this what Whitney would’ve wanted to be remembered for? And is this really how we want to remember the iconic singer?

It’s not that we should ignore her setbacks completely. In fact, I believe that her struggles helped mold her into someone much stronger and wiser. But still, I find it extremely disturbing that Lifetime is putting more emphasis on Whitney’s love life. I mean, what about Whitney’s upbringing and her start in music? What about her modeling career? And what about her comeback after she divorced Bobby? I’m guessing that this film will neglect to mention that Whitney actually had a life before the infamous Bobby came along, and that she was well on her way to recovery after they parted ways. The singer’s entire life did not revolve around Bobby Brown, and focusing on their relationship is the worst possible angle to take when it comes to telling Whitney’s life story.

To make matters even worse, it seems like the amount of drama surrounding the Lifetime biopic continues to skyrocket by the hour. On top of the fact that Lifetime was unable to gain rights to Whitney’s music, Whitney’s daughter, Bobbi Kristina, was not cast in the film, which led to a lengthy Twitter rant. Even worse, the rest of Whitney’s family refuses to take any part in the making of the TV-film. Cissy Houston claimed, “No one connected with this movie knew Whitney or anything about her relationship with Bobby. … I find it difficult to believe people who knew and supposedly loved her would participate in a movie about her done by folks who didn’t know her.”

Whitney’s sister-in-law, Pat Houston, also voiced her concern: “Whitney is certainly worthy of more than a television movie. If Whitney were here today, this would not be happening.”

But despite the backlash from Whitney’s family, Lifetime still decided to push forward with the production of the film.

I can identify with Cissy when she pleads, “Please, please let her rest,” in her public statement regarding the film. It’s bad enough that Lifetime refuses to obey her wishes. But by making a movie that centers on one of the worst stages of Whitney’s life, they are only adding salt to the wound. Only two years have passed since Whitney’s death, and perhaps the singer’s family is just not ready to relive such a heartbreaking experience—let alone have the story broadcasted to millions of viewers. But even so, I think that the least Lifetime can do is try to put a positive spin on this film. It could be the movie that actually celebrates Whitney’s courage and strength, that showcases how she overcame her hardships, that reminds fans of how her voice touched hearts, or that shows people how she inspired other powerhouses in the music industry. Such a film could make her loss slightly less painful. And maybe, just maybe, it might even put a smile on the faces of her family. 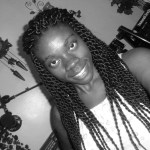 She’s an ambitious 20-something-year-old who has a  dangerous obsession with chocolate and young adult novels. After graduating from Baruch College with a degree in Journalism, she started her own blog for book reviews and show recaps, which she really enjoys. Other than sticking her nose in a book and typing away a her laptop, Nakeisha also enjoys baking, coffee, and long walks to the bookstore. If you visit your local Barnes and Noble you might be able to find her in the reading area with her nose hidden behind a novel.

Battling Depression One Day At A Time

19 Years Later, Ever After Remains One of the Best Cinderella Retellings