21 Festive Accents For Your Holiday Table

– Stephen Chbosky, The Perks of Being a Wallflower

I’m hoping the cat is out of the bag now, but 2015 was shitty. I spent a majority of the year miserable, allowing other people to walk all over me. Finally, finally, I made the decision to compose myself and move on. A few things in my home life that made my decision to move to another city a bit difficult, but I knew in my heart that I didn’t belong to Erie, PA anymore.

I was run down. I was sad. I was constantly tired. All I ever wanted to do was sleep or drink beer and ignore the growing dark circles under my eyes. I cried a lot—and for those of you who know me—I really don’t cry. My previously under control anxiety and depression were creeping back in at a fast pace. Those of you who have lived with depression know how awful it is to not want to surround yourself with other humans. When you are dealing with depression, all you want to do is curl up in a ball and sleep. There are days when all you want to do is eat, and days where you can’t stand the sight of food. There are nights where you toss and turn because your dreams center around issues you can’t possibly deal with in real life. Your family and your best friends don’t understand what you’re going through. Your hair starts to fall out because of what you’re doing or not doing to your body. Maybe you put on some weight because you can’t possibly remove yourself from your bed long enough to go to the gym.

It’s the worst feeling and the only way you can deal with it, is by taking control of your life.

And that’s exactly what I did.

I recently studied a former coworker’s face, and though beautiful, she looked like life had gotten the best of her. The young face that is usually masked with a smile as a facade, was solemn. Wrinkles took their place around her lips. Her cheeks sagged as if, like me, they wanted to be anywhere but in our conference room. Her sunken in eyes and dark circles under them made her look 30 years older than her actual age. It was then I realized that I would be neighboring this physicality very soon, if I didn’t decide to get my shit together.

So, I quit my job and moved to a new city.

You see, much to my family and former lovers’ dismay, I have always believed in following my heart. If something feels like it’s dragging me down, it’s probably no good for me. After one of my many nights of sobbing to my very patient and loving mother, I looked at her and said, “What the hell am I doing here? Why am I working at some place that pays me money, but doesn’t make me happy?” Money doesn’t buy happiness.

Loving yourself, loving your life, enjoying what you do—those buy happiness.

To me, you can’t spend 40 hours of your week feeling unwanted, unloved, and extremely overwhelmed. You can’t feel mistreated by those who are supposed to uplift you. You’re supposed to work somewhere that inspires you to give 100% so you can do what’s best for their company. It’s hard to be a great employee when you only have a limited usage of your capabilities.

My aunt would always say, “Remember, employees are replaceable.” And yes, that’s true. We can all easily be replaced at a job at the drop of a hat. However, human beings are not replaceable. Once something has run you down, crushed you to a pulp, it’s hard to bounce back to your original state of mind. So yes, while I can absolutely lose my job for poor performance, I’d rather be somewhere doing something that I never feel like giving a poor performance.

I realize that this mindset is exactly what is “wrong with this generation,” but it’s helped me accomplish a lot in my life and is only helping me go further.

I recently heard Emily Balcetis say in a TED Talk that, “perception is a subjective experience, and that’s how we end up seeing through our own mind’s eye.”

5 Tips to Reduce the Stress of Your Long-Distance Move

You can interpret this a few different ways—art is subjective, meaning it’s tailored to who is viewing it. I would say perception is the same way in the sense that what I see to be turquoise, someone else might see as light blue. Perception is subjective.

Whichever way you choose to interpret “perception is a subjective experience” is fine, but I took it to mean that I can change my world, by changing my perspective.

A new environment, a new crowd to surround myself with, a new outlook, and a few new coffee shops have helped me alter my mood from, “2015 is absolute, pure shit” to “2015 has been the most eye-opening year, and is only going to make 2016 more of a success.”

So again, I am going to preach that if you are unhappy where you are, get the hell out of there. Your mental health is vital to your overall well-being. As cliche as it may be, life is too short to be unhappy and miserable. Expand your horizons, change your perspective. Only you have the power to choose where you go next—will you choose happiness? 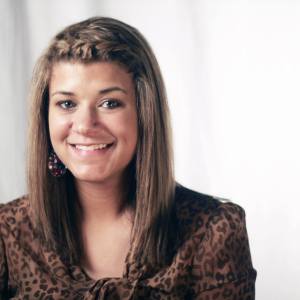 Adele spent most of her preteen years getting yelled at for writing inappropriate romance shorts in 7th grade math class. At 25 she has finally settled into life in Pittsburgh, PA. A project manager by day and local theater actress by night, Adele spends most of her time creating. If she’s not writing tips to get over a bad breakup or using humor to recover from a crappy situation, she is just writing to see her thoughts on paper. She enjoys creating lists, but not list posts; drinking a bottle of wine or three; laughing at poorly executed jokes; yelling obscenities at the refs on TV during Pittsburgh Steelers games; and carbs.

Is 23 Too Early To Be Thinking Of Career Vs. Kids?

21 Festive Accents For Your Holiday Table

5 Tips to Reduce the Stress of Your Long-Distance Move

Yes, There Are Enough Hours in the Day to Find Time for Self-Care

The Transformative Power of Mindful Vanity

The Scientific Defense for Self-Care