How To Throw A Thanksgiving Dinner Like The Gilmore Girls

When I first heard about the Fantastic Beasts movie, I’ll admit I was skeptical. Then, Harry Potter and the Cursed Child came out, and after the initial thrill of being able to flip through more pages of my beloved Potter-verse, I started to think it wasn’t worth the hype.

Nevertheless, in spite of my reservations and a particularly nasty cold, I wound up walking to the theater beside my apartment complex this morning, because… Well, I’m a Potterhead.

The verdict? I loved it. Here’s why:

Eddie Redmayne as Newt Scamander was an excellent decision.

I had very few opinions about the movie/Eddie Redmayne/Newt Scamander as a character, but the minute he appeared on screen, I was in love with the adorkable little scamp. Newt Scamander is everything we love about Hagrid, and what we imagine Charlie Weasley to be—but with a brain and a heart that is Albus Dumbledore approved. Our pal Newt is so much more comfortable loving his creatures, and even though he’s a little socially awkward, he shows how much he loves people in his own way.

The President of the Magical Congress of the United States of America is a BLACK WOMAN.

As a Black woman whose only representation in the entirety of the Potter-verse until now was Angelina Johnson, seeing a Black woman being a boss was everything I needed right now. 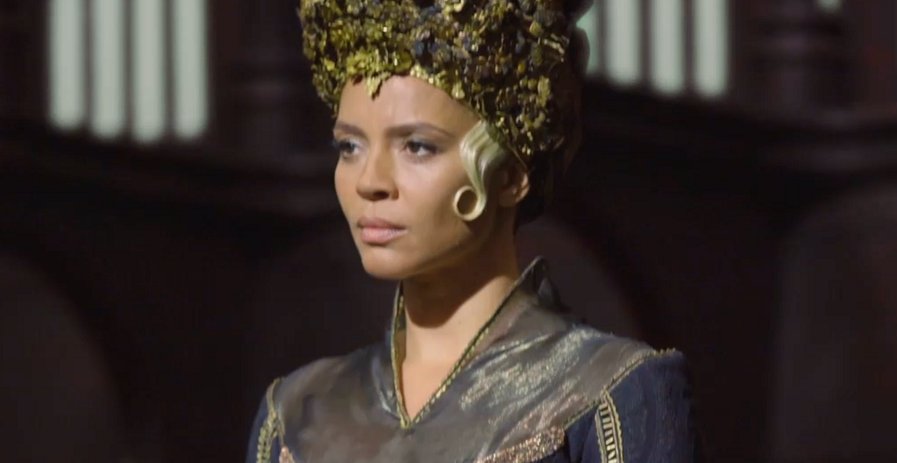 The fantastic beasts are truly fantastic.

So many times throughout the film, I wondered if Hagrid had ever met Newt Scamander because he would love him. Newt approaches all of his creatures with such ease that everyone he introduces to them falls in love as well. It was a perfect decision to start the film by showing us a niffler, because, though we never got a visual in any of the films, any true Potter fan knew exactly what it was. I also loved Newt’s little bowtruckle, Pickett! I mean, come on! Look at that face!

The not-so-subtle nods to America’s racist history, which couldn’t have come at a better time.

I couldn’t help but notice that house elves occupied the same positions in the film that African-Americans would have held during this same time period. This struck me as a blatant tie-in to Hermione’s S.P.E.W (The Society for the Protection of Elfish Welfare) efforts. She saw the elves’ servitude as slavery, which is only underlined by their appearances operating elevators and spinning cotton in this film. Not to mention, Newt explicitly calls out America and our racist tendencies when Tina asks him if he even knows anything about American magical laws. His response that America has rather backwards laws about co-mingling and intermarrying with Muggles is likely a reference to America’s anti-miscegenation laws that were not overturned until well into the 1960s.

Just when I was thinking that the Dementor was one of J.K.’s scariest creations, she one-ups herself with the Obscurus. Obscuria are the result of a magical child’s attempt to resist his or her magic. It manifests itself as a dark force of energy, capable of mass destruction. I absolutely see why all magical children have to go to school at a young age to learn to control their magic now. But now that I’m seeing this, I have to wonder… what really happened to Ariana Dumbledore?

There was so much evil happening in this film that I wasn’t sure who to be the most afraid of. I was initially afraid of the little girl (maybe I’ve seen one too many possession horror movies), but then when I got a glimpse of Credence, I gasped, thinking he might be a young Tom Riddle, his sallow skin and dark hair the staple of almost every evil man in J.K.’s world. It’s interesting to see that Voldemort was coming of age in a time of very dark magic running amok—and that it didn’t all start with him.

I have always thought that if J.K. Rowling wanted to continue to expand the Potter-verse, she would do well to do prequels, and after seeing Fantastic Beasts, I feel confident in that opinion. What’s great about prequels is that we’re already familiar with a lot of the characters. They were mentioned in passing, or footnotes to a larger story. J.K. Rowling didn’t just invent Harry and plop him down in the middle of a desert. She developed an entire universe before he even existed and let him figure out where he fit within it. We are interested in knowing who Newt Scamander is, just as we were curious about Bathilda Bagshot in the seventh book. We get a thrill when Grindelwald is unveiled, just as much as when we hear that our sweet, lovable Newt was in love with…a Lestrange?! Oh, how I would have loved to hear that story!

The story just felt so well-balanced.

It was literally a movie about fantastic beasts… and where to find them. (I love when movie plots are simple.) But it had just enough layers, twists, and turns for it to Exceed Expectations, if you know what I mean. The cute moments were oh-so-cute, the dark moments terrifying, and the adventure never lost momentum.

From the minute the lights went down and an updated version of “Hedwig’s Theme” started to play, I knew I was home. Many of us who love Harry Potter feel that Hogwarts is home… but really, home is in the enchantment of the magical world that J.K. Rowling created for us. And Fantastic Beasts was everything about magic that I fell in love with from the start—it truly captured the awe-inspiring fun of the magical world.

All I need now is an HBO series based on the lives of the Marauders’ while they were at Hogwarts and a tall glass of Butterbeer, and I’m set for the rest of my life.

See Fantastic Beasts and Where to Find Them playing at a theater near you!

How To Throw A Thanksgiving Dinner Like The Gilmore Girls

Which Hogwarts House Would Your Favorite “Gilmore Girls” Character Be In?