Drinking 10 Cups Of Water A Day Is Hard, But Worth The Great Benefits

As Christmas fast approaches, holiday movies infiltrate our TV screens. I didn’t grow up watching Elf and The Grinch, I grew up watching Turner Classic Movies. Even now, at 22, I’ve only seen Elf all the way through once and I find the cartoon Grinch way better than Jim Carrey’s Grinch. These movies, mainly in black and white, were the movies of my childhood. To me, the classics represent a time of amazing films. It was the era of idealized Hollywood and it is still beautiful (minus the whitewashing).

These movies were all released between 1945 and 1966 and they are my favorite Christmas movies, no ifs, ands or buts about it. So buckle up for the best Christmas movie marathon ever, featuring Bing Crosby and Cary Grant and our favorite cartoon buddy, Charlie Brown. I promise, you won’t regret watching any of these feel good classics. 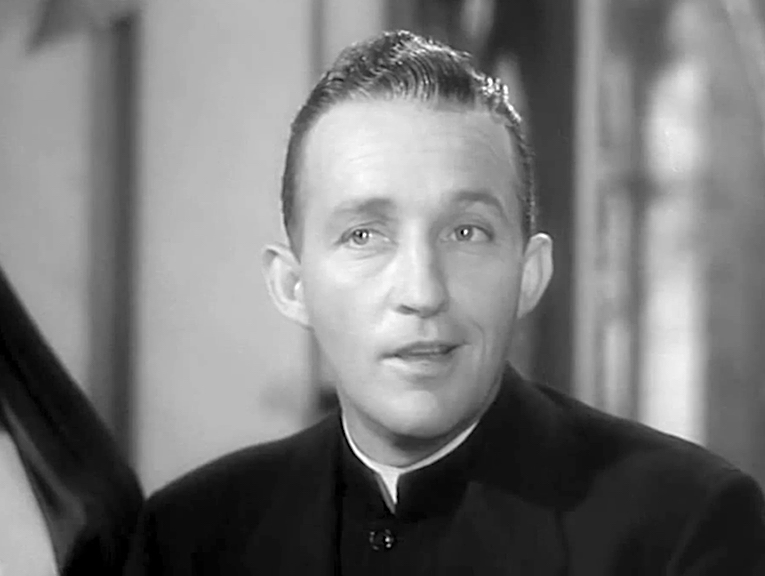 This is a fantastic Bing Crosby Christmas movie. This man was made for Christmas. Bing Crosby plays a Catholic priest appointed to a run-down school called St. Mary’s. He’s determined to close the school and send the children off to other schools, while the Headmistress fights to keep it open by putting all her faith in a wealthy neighbor. One of the most heart-wrenching scenes of this movie is when one of the girls fails her final exams on purpose because she’s scared to leave.

Buckle up for Bing Crosby’s delightful voice and get ready to fall in love with St. Mary’s, the students, and the nuns. You won’t want this movie to end and it is a must see for anyone who has ever loved a place to its core.

This is one of the more well-known Christmas movies and is a staple in many households (mine included). It’s a great movie that everyone should see at least once. It deals with themes of love, loss, and forgiveness which is everything you want in a Christmas movie.

You will laugh, cry, and fall in love with this movie. If you haven’t seen it, get ready for the emotional rollercoaster. This movie centers around George Bailey (James Stewart), whom we watch grow up and give all of himself to help those around him. In any good Christmas movie, there’s a villain, and in It’s a Wonderful Life, it’s Mr. Potter, who is on a mission to buy up the whole town. One of the businesses he needs is George’s Building and Loan that was started by his father. On Christmas Eve, George’s Uncle Billy loses the business’s $8,000, which means that Mr. Potter can take over and George will go to jail. George decides that everyone in his life would be better off without him and on a bridge, an angel appears to him and shows him what life would be like if hadn’t been born. This movie tugs hard at the heartstrings and it has a beautiful ending.

You can watch it on Amazon.

This is one of the ultimate Christmas movies and also happens to be one of my favorites, it’s not as well-known, but it should be aired on every TV channel. Starring Cary Grant and Loretta Young, The Bishop’s Wife is about redemption, another chance at love, and focusing on what’s important in life.

Cary Grant plays an angel, named Dudley, that appears to an Episcopal Bishop, Henry, who is determined to build a new, elaborate cathedral with the help of a wealthy widow. Dudley’s goal is to help the Bishop regain sight on what’s important with a special focus on reconnecting with his family. As Dudley engages with Henry and the elements in his life, Henry becomes jealous and believes that Dudley wants to replace him. The movie is filled with happy scenes, including Dudley magically decorating a Christmas tree (keep the release date in mind as you watch this scene). You will laugh and this movie will show you joy and love like you’ve never known.

Watch it on Amazon.

I love this movie so much. It encourages you to never stop believing, whether that’s in Santa Claus or the people around you. This movie will pull at your cynical heartstrings and you’ll walk away feeling hopeful and satisfied.

The original Miracle on 34th Street is in black and white and in my humble opinion, is way better than the 1994 remake with Mara Wilson. The movie follows Doris Walker, her daughter Susan, and an old man who calls himself Kris Kringle. We first meet Kris Kringle at the Macy’s Thanksgiving Day Parade, where he fills in for the drunk Santa Claus. Doris, the very cynical Macy’s special events manager, hires him to be Santa in the store as well. The movie creates an air of mystery and suspicion around Kris, as he forms a close relationship with Susan who comes to believe him when he says he’s the real Santa Claus. This movie has a court battle over whether Kris Kringle is really Santa and revolves around the theme of believing in the goodness of people. It is truly a beautiful Christmas movie.

You can watch this movie on Amazon (don’t be fooled by Netflix, it only has the 1994 version).

If you haven’t heard of this movie, emerge from underneath the rock you live under and get ready for a musical classic. Bing Crosby is fantastic and watching him perform song and dance numbers with Danny Kaye is amazing. While this movie isn’t my favorite, it’s definitely uproarious as opposed to nostalgic, as many of these movies are.

Welcome to a world with spectacular song and dance numbers. Crosby and Kaye play war buddies who are passionate about entertainment and post-World War II make it big in nightclubs and on Broadway. They meet a sister act and end up following them to a resort in Vermont that, to their surprise, is owned by their General. This comedic movie has romantic mix-ups and cross-dressing, just like any good comedy. And as the title suggests, we’re treated to a snowfall to cap off the feel-goodness of this wonderful movie.

Stream it on Netflix or Amazon.

Watch it on Amazon.

This is the animated classic and it’s all about how the Grinch’s heart grew two sizes on Christmas day. It’s less than 30 minutes long and worth watching at least once. I love the animated one so much more than the live action one.

6 Reasons Why You Need to Catch-up On Timeless

Awards Season Shows the Fight For Diversity Is Still Losing

9 Thoughtful Holiday Gifts You Can Give To New Parents